If they're going to make a substitute for Wolfie they could at least opt for Beethoven or Mahler. Or Jerry Goldsmith

I heard this on Classic FM this morning, so you can imagine their feeling.

I mentioned classical music at work, it was met with groans and "here he is, dusty old instrument farty pants"
I left it an hour... played Game of Thrones, the HZ "Time" on the laptop. Not one moan.

Schools need to change their approach, not our musical geniuses.
S

Years ago I bought the Mozart Complete Edition.
The music is on 170 CDs, which he composed within 30 years.
Unbelievable polyphonic music he wrote everything with his own hands, Operas, Piano concertos, Symphonies, you name it.

And who the fuck is Stormzy???

Stanoli said:
Years ago I bought the Mozart Complete Edition.
The music is on 170 CDs, which he composed within 30 years.
Unbelievable polyphonic music he wrote everything with his own hands, Operas, Piano concertos, Symphonies, you name it.

For the same amount of music it took Bach 50 years.

And who the fuck is Stormzy???
Click to expand...

It's not the amount of music...lol. In some ways Bach was the greater composer, he was certainly less tied to pre-existent compositional templates. His music was hugely influential on Herr Mozart, particularly on the latter composer's later works.
S

I was more referring to the difference of musical potency between Mozart and contemporary Popartists.

I hear more Haydn in Mozart than Bach and I think that his staggering amount of created music also implicates importance.

But I understand, to discuss it this way can be a bit overwhelming.
M

I had a mandatory music course in school for a couple of years and I absolutely hated it! Only class where I ever got an F in a test too I think. I opted out as soon as I could. I only gained an interest in making music when I came into contact with metal genres.

You'll never have a class that is homogenous enough to interest everyone in the same genre. But I'm 100% in favor of replacing Mozart and Beethoven in those classes with Holst and Williams and showing how the planets and Star Wars connect, and doing all the theory in context of actual composing examples instead of in a vacuum. The theory stuff we covered back then actually went further in part than what I know today, it's just that I understood almost nothing of it back then and it all only clicked once I was making music myself. Today with most theory things that I learn I have an experience of "so that's what that was that I didn't understand back then". Something like guitar pro or fruity loops would have engaged me 100 times more with music and theory than what was covered at my school...

They tried this in France 20 years ago by introducing pop & early hip hop.
Some classes had budget synths to replace the good old recorder.

Well, the musical level has not increased much.

Now they’re back to classical with a bit of pop music too.
Whatever the music, most scholars are just not motivated.

stixman said:
Music just has to move people..connect....uplift....elevate....Rap along with a myriad of other styles of music are equally valid imo

You got your head on straight!

chimuelo said:
How to use half speed apps for transcribing solos, etc.
Click to expand...

Hahahaha! I used to do this with John Williams pieces ... I used Audacity to slow down his fast string runs and harp glissandos and try to figure out what scales he was using.

People in this thread: "Rap is just talking with a beat. Rhythm & noise without pitch content isn't music"

poetd said:
I realise most kids today will never play an instrument nor have any interest in one unless it's connected to a PS4 and has buttons instead of strings.
Click to expand...

You know where kids still routinely learn to play instruments? In communities with strong (American) football traditions. Part of that tradition is having a marching band. Tail waving the dog, perhaps, but traditional music instruction is still valued in those places. I don’t blame the video games or those playing them. If I’m going to assign blame, it would be a world that doesn’t want to invest in or reward musical training. (And, no, that training doesn’t have to be classical training.)
S

Flamenco without guitars isn`t music, even if it is from Steve Reich.

jbuhler said:
You know where kids still routinely learn to play instruments? In communities with strong (American) football traditions. Part of that tradition is having a marching band. Tail waving the dog, perhaps, but traditional music instruction is still valued in those places. I don’t blame the video games or those playing them. If I’m going to assign blame, it would be a world that doesn’t want to invest in or reward musical training. (And, no, that training doesn’t have to be classical training.)
Click to expand...

Interesting point but China and the USA lead in the amount of classical teachers, with Japan in third.
Oddly enough the comments in relation to why is because of the discipline and coordination. Second of course was traditional.

For me it was just normal to study music, martial arts and sports from Kindergarten forward.

Comprehension, coordination, appreciation and chops up the ying yang.
And I help write rap freestyle and hip hop with my son and his merry gang of rappers.

You get one set of ears and one life.
Enjoy the pursuit of happiness.
If rap annoys, you’d probably really suck at it so do what makes you happy.

When Im angry or miserable Im write with dissonance.
Since Im always happy I just go to Fox, CNN, or talk to my x wife so I can get pissed off enough for minor 2nds and major 7 9 flat 10ths.

NoamL said:
People in this thread: "Rap is just talking with a beat. Rhythm & noise without pitch content isn't music"

There's a piece by John Cage that trumps even that for anti-music. That doesn't mean all of their repertoire is like that, in fact they're two of the best music composers of the last century.

I think what was originally meant is that Rap is basically like Beat poetry with a real beat. Anything resembling music is typically sampled and/or so rudimentary as to rightfully be judged incidental. Just like Wagner attempted to prove that music had to be subservient to drama in his opera, thus in Rap music is secondary to the lyrics.

I have nothing against Rap/Hip Hop, though both it and Country Western music are the only two genres of music I never willingly listen to (and, to be honest, generally don't care for).

I think music (and in the case of most Pop, novelty) is there to be enjoyed by everyone, for any reason. Hell, I still listen to AC/DC and KISS now and again, and there's no great shakes going on there musically either (yeah, I know it could be argued they're relatively more musically involved than R/HH, but neither band nor R/HH move far away from four-chord-maximum template set by...hell, I want to say Chuck Berry, but I imagine folk/pop music goes back much farther with the template). Even the bands that proclaim progressivity in the Pop arena are most often just musicians showing off for other musicians.

Listen and let listen. Just don't try and convince me any of it is as relevant as Beethoven (but that's just me).
Last edited: May 23, 2019

Stormzy should replace Mozart in UK music classrooms, study says
...
Well there's all kind of studies these days. A long while back studies said it's would be a healthy thing for people to drink radio-active water. Took some time, but people finally concluded it wasn't. 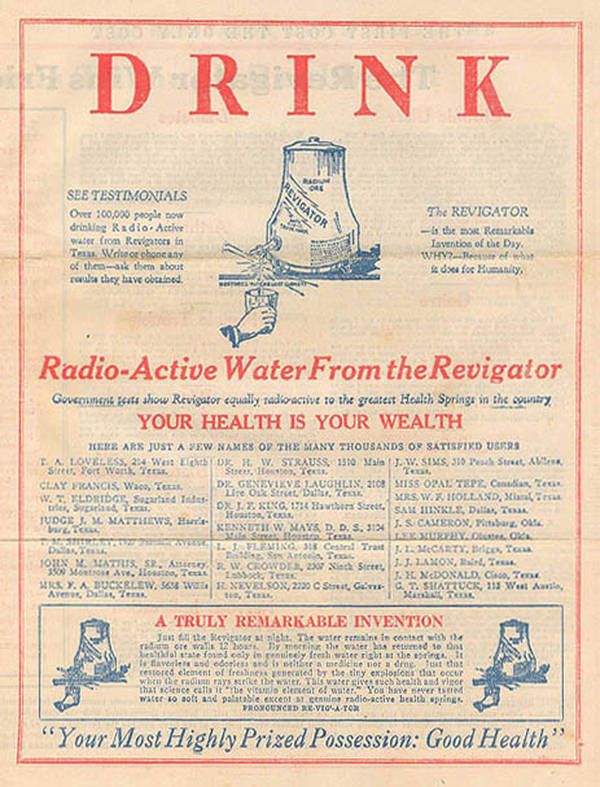 So when studies say "Stormzy should replace Mozart ", for me it tells much about the study itself.
I don't think this study has a purely educational objective. I think it's just another market strategy.
But of course it will take time for people to realize the error when falling for it.

Did you know there's studies that prove listening to Mozart makes you smarter? ... As mentioned before, there's all kind of studies...
Last edited: May 23, 2019

National charity Youth Music has suggested that Stormzy should replace Mozart in modern curriculums, as well as introducing other types of modern music (Grime & Rap from the sounds of it).

I personally think that modernisation would be good, but Grime, Rap, Trap, Techno, House, etc aren't the answer. Students need something rich in theory to dig into, such as Film Music or Jazz.

If this is what is required, then why does it particularly need to be a certified music qualification? Everybody that listens to that stuff knows it inside out, so what is the point? Another disgusting dumbing down of society. Brings nothing new to the table. That’s what I think.

Gerbil said:
I don't think they're advocating removing musical styles will be excluded but rather making sure that the net is cast wider. Like I said, education is in a bad place here and anything that can keep pupils in school and engaged is worth pursuing.

I'm no fan or rap or grime but I've got to say that some of you guys come across as philistines.
Click to expand...

Trust me, most learners will take the course just to listen to the music.
The amount of times I’ve heard kids beg for this type of music to be played in a classroom just so they can nod, singalong to it..waste time..and it’s ‘always’ the disprutive types, disaffected types.
OP

NoamL said:
People in this thread: "Rap is just talking with a beat. Rhythm & noise without pitch content isn't music"

I went to a Steve Reich thing at the weekend, unfortunately I'm one of those that just doesn't get it

couldn't stay for the whole thing. They also played Terry Riley in C, I feel like I have a long way to go before I become part of that listenership. Maybe I'm just uncultured!

Gerbil said:
They already cover those styles (albeit superficially). The drive here is to appeal to kids who have switched off from learning.

Unfortunately, education is in a poor state in the UK with schools excluding kids with problems just so they can drive up their performance targets and the thirst for arts dangerously drying up. Encouraging kids to express themselves via their favourite style of music is a really good idea on many levels.
Click to expand...

Agreed...it’s in a bad state. If kids don’t want to learn, they are not going to change for music. How about introducing social apps on mobile phones, that would do it! Leave music alone.

KallumS said:
I went to a Steve Reich thing at the weekend, unfortunately I'm one of those that just doesn't get it

couldn't stay for the whole thing. They also played Terry Riley in C, I feel like I have a long way to go before I become part of that listenership. Maybe I'm just uncultured!
Click to expand...

No you’re not. It can be dire sometimes.
You must log in or register to reply here.