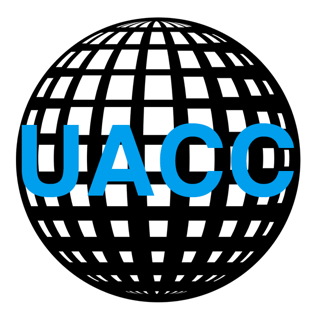 So - firstly, Mike C - just saw you also posted on this, I hope you don't mind me starting a new thread - only so that I can add videos to post 1 and so on to make it easier for people to find all info!

We are working on a way that this can be easily configured and set up by other devs and indeed customers themselves. 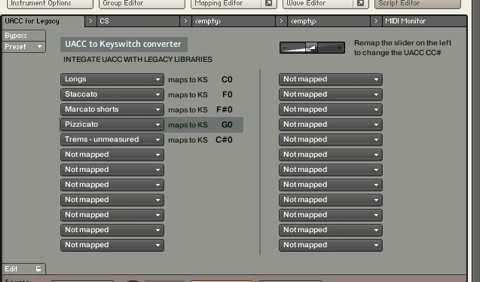 More info will be added as we go further. This is now functional in Sable Vol 2, and will be functional in the Albion series in the next 48 with some hotfixes also.

i hope, a lot developers will follow... or at least publish some midi tools to translate their libraries to you-ack!
J

Will this be functional in Sable 1 soon?

Guys, this is really a great idea! Congrats! I'm eager to learn more about that!

I love the initiative of standardization among developers. I'm all for that. A few questions about this specifically though -

1. I guess this is only intended to work for orchestral instruments? I would love a standard like this for ANY acoustic instrument. The level of specificity here seems to preclude that though.

2. Though I can see the benefit of using a MIDI CC for articulation switching, this seems like it would be very time-consuming to sequence (you'd have to be extremely precise), not to mention intimidating to memorize. I feel like a user would need to constantly reference this long list to remember how to do X, Y, or Z. For live performance/recording of parts it would be nearly impossible without a specialized controller/app which I don't think a lot of people yet have.

and so forth. As it is, we wouldn't be able to apply something like this to our own products (as far as I can tell), even though a number of them have many articulations similar to those on this list. It is just a little too specific.

Andrew, I'll confess I don't really understand how this works yet, but I'm sure it's not the case that users would have to enter precise CC numbers into a DAW, the idea (as far as I get it) is you use iPad controllers etc to send the values - they stay out of the way and you just use the articulation name (I think).

I'm currently using a Nanokey which is pitched down to the lowest octave, below an 88 key keyboard. Works very well for keyswitching. Not sure if this would integrate with that - I think a video demo of the UACC showing a couple of ways of using it would probably explain it best.

Wonderful idea, I've been waiting for something like this. Hopefully you'll get more devs on board.
A

As implemented, UACC would be a better fit for a NanoKontrol.

My initial reaction to UACC in the Sable thread is that it would be more future-proof and extensible if it spanned multiple CCs. Reserve say 2 contiguous CCs... 32 and 33 for sake of argument. The first CC sets a broad category (legato, sustain, shorts, trills, etc) and another selects a specific articulation within that category. This allows broad ranges to be used, which makes something like a NanoKontrol pontentially useful instead of requiring CC lane input. It's also quite future-proof and could easily serve the needs of any library type, however niche or deep.

It also wouldn't have a one-click implementation, wouldn't work well with Expression Maps in Cubase to my knowledge, and requires more fiddling for many simple changes. But since it would offer much more flexibility and some non-DAW control (pretty much every MIDI controller in the world is bristling with faders and knobs now), it might be attractive to more developers as it accomodates a wide range of uses.

Very interesting stuff in any case. I was hoping SF would implement something like this eventually since keyswitching in Sable is already unwieldy even without vol3, and naturally they are way ahead with UACC already.

It's definitely a great concept. Standard proposals like this seem notoriously slow to gain ground but this would be a massive QoL improvement if it got decent support.

P.S. Andrew, on your second point, that's true, but that's why they hope it would become standardized, so the list only has to be memorized once. I feel that a 2- or n-CC breakout would make that more intuitive, at least for some users.

I do think that having category -> subcategory probably makes a lot of sense in terms of memorization. For example rather than 17 types of longs and guessing as to which any given library uses, having a simple "Long" or "Sustain" as the main category and subtypes of long/sustain elsewhere would seem to be a good idea. As many non-orch libraries (and even some orch libraries) will not have nearly the depth of articulations as listed on here, it reduces the memorization burden as well.

I think it looks too complicated, a lot of these artics. aren't in most libraries. Doesn't this make it a pain to layer?
D

I think that it would be better for developers to let you set your own keyswitches and controller numbers. No need for a one size fits all standard.

if there is a "standard" it is much easier to translate it to your own settings, even if they are different. and if a standard is established there will be solutions for midi controllers. i already think about making a setting for my novation launchpad in logics environment.

A standard would be awesome :D!

I'm on DP and am always jealous of the Cubase expression maps. I'd like to say goodbye to keyswitches, and control everything with Program Changes & CC's.
D

jamwerks @ Wed May 01 said:
I'm on DP and am always jealous of the Cubase expression maps. I'd like to say goodbye to keyswitches, and control everything with Program Changes & CC's.
Click to expand...

Now that DP is able to use VST, there is no reason that MOTU can't incorporate VST Expression, if enough users ask for it.

Really excited with this development!

Actually I've been working this way since a few months. I've made this simple custom multi script:

You can choose the main CC, the value to note and what velocity (f.e. CS2 keyswitches react to velocity)

I haven't checked the Spitfire script yet so I don't know if this has any added value. But if somebody is interested I can upload it.

Kontakt scripting for utilities like this is one of those long-dormant "been meaning to get around to that" topics that has gone well into irredeemable shame territory for me. Definitely interested in checking this out.
O

This is for example a configuration for Cinematic Strings 2 (staccato/staccatissimo, low/high position etc):

I use it with TouchOSC on the ipad. Have fun o-[][]-o
You must log in or register to reply here.