Q to CSS owners: how is the sordino emulation?

as I am considering CSS as an alternative string library, and I am a fan of sordino strings, how do you hear/ experience the quality of the sordino's? ( because its an emulation)

With LASS the sordino-izer is so-so, and LASS LS only has legato ( and not fast legato's) which is limited.

I honestly think that the sordino emulation is absolutely awesome personally. I provided a little (very rough) comparison here:

Thank you fgimian,
Much appreciated!

It does sound comparable enough. There is that specific silky sound that is not completely there but hey, it is fairly decent at first sight.

You're welcome, that example really has no dynamics. I can run some MIDI through it if you like or I can record another example with dynamics since I now have an expression pedal so I can play with both hands easily

If you have the time then yes please, especially in the pp and p range, and swells from pp to mF or f is welcome!

One more example for ya, with some dynamics

And one more example which is much more lyrical, stats at p and ends up at around mf. The viola legato is also using con sordino here so you get an idea how it sounds for solo parts.

I do notice a slight resonance in the lower mids which makes the sound a pinch muddy. I've only added a little EQ in the treble region but I guess you could also EQ down the lower mids a pinch here.

OK, last example which is a moe dressed up version of the previous and in a different key. This is still all CSS with pizzicato and con sordino for both the solo legato and the longs.

Sorry I got a little carried away with this tonight

I didn't have time yet to listen to them all, but terrific that you were willing!

Later I can have a listen to them all.

Also in my Elgar mockup, everything from 4:45 on is con sord.

It's pretty good, not the real thing, but very usable.
OP

Thanks NaomL. I just had a listen again.

In a 'real life string orchestra" this cannot be done too, is it? Put somewhere (specific) halfway a sordino on? I seen a tourte orchestral mute that is easily placed. But I can't image a whole section putting it on, without the noise affecting the performance.

Oh yes! It's very possible/common to put mutes on and off in the middle of a piece. The players need about 10 seconds of rests to do it. The noise is quiet, similar to page turns.

You can see how Elgar has staggered the sections so the music continues as the sections put on mutes one by one: 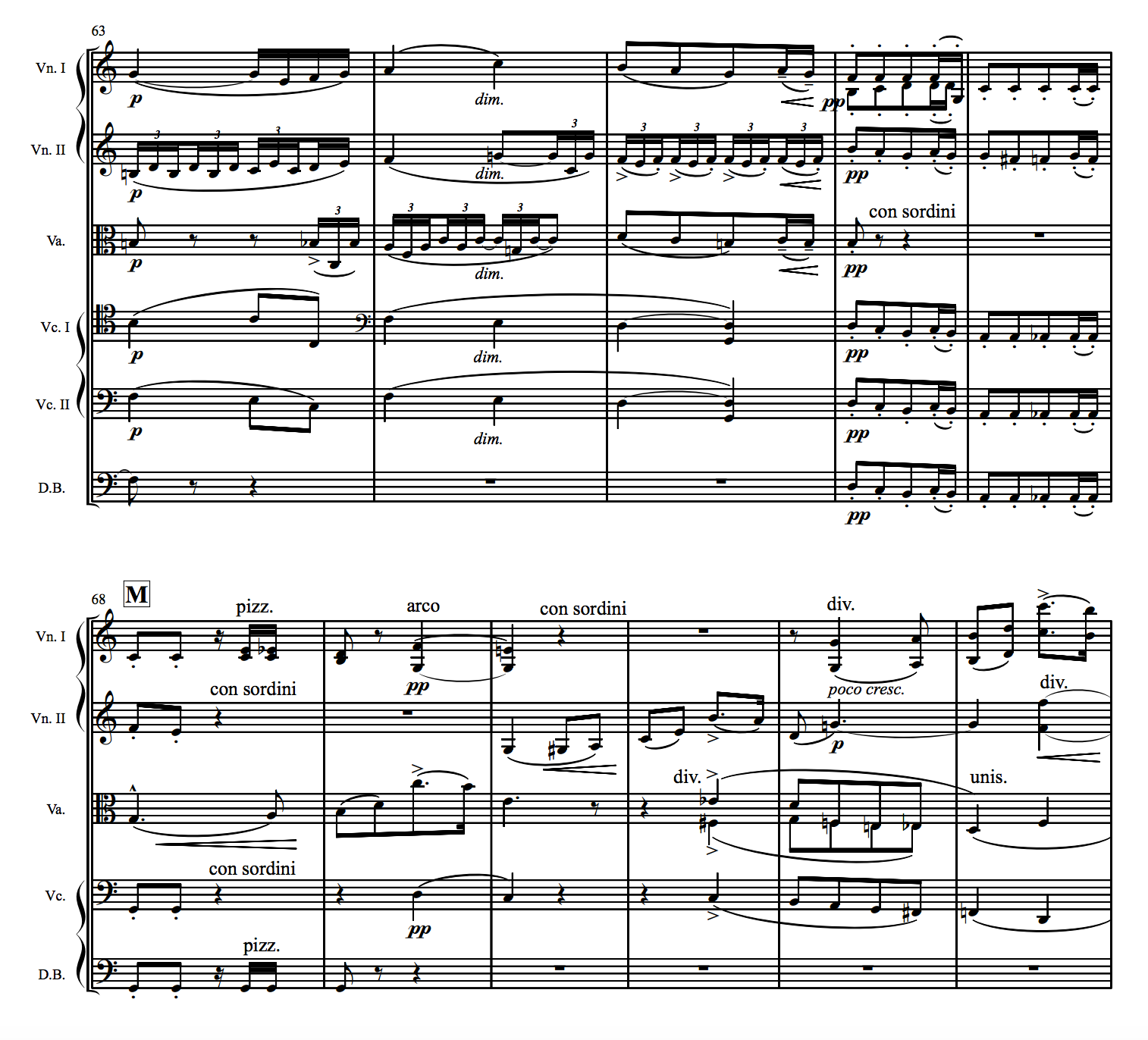 This means I can incorporate it into my music, that whenever I feel it adds to the piece to change to con sordino. And this means also the reverse right? getting it off also can be done?

This means I can incorporate it into my music, that whenever I feel it adds to the piece to change to con sordino. And this means also the reverse right? getting it off also can be done?

Both ways are possible as NoamL mentioned

. Getting it on and off, just leave enough time to do that. Otherwise your players will not be pleased, I think. NoamL's example by Elgar is excellent in continuing the music, while putting the mutes on. Though it would look quite cool if the mutes would be put on synchronized and music would totally stop.

Aoiichi said:
Really beautiful examples fgimian, thank you. I was actually saving my money for the inevitable Spitfire Symphonic Strings release, but after hearing these I might plop for CSS. Mural always felt bulky and unwieldy to use, especially for fast passages- even with the fast runs patches released in volume 3, which aren't that useful as they're for runs strictly and limited to a third- and I don't think this will likely be corrected in the re-release, unless they've specifically recorded a Sable/Chamber Strings style general fast legato patch. These examples made CSS start to seem like a very good alternative.
Click to expand...

No worries. I must admit that CSS is great for quick passages and has some of the best shorts I have ever heard too. Honestly my only criticisms are;

* The interface lacks certain visual controls which can only be controlled by CCs, I've reported this to Alex and he is considering it for the next version
* The legato to non vibrato to vibrato transition is not very seamless
* It has a pretty dark sound which you may or may not love, I personally always add EQ to boost the highs but of course this does bring up the noise level a little

I'm definitely keeping an eye on Spitfire too as their libraries do have a different tone that I really like too. But honestly, I don't think any library has nailed legato like CSS has.

All the best and feel free to ask any questions

Fotis
You must log in or register to reply here.