In case anyone needed a MIDI mockup done for their scores, I’m more than happy to oblige. DM for any questions.

Do you have any examples of your mockup skills online? Thanks.
OP
J

Thread starter
I am currently in the process of redoing a lot of works. I’ve gotten new libraries and have since refined my skills in this field. These demos are a bit older, but I believe they’re still a solid foundation. 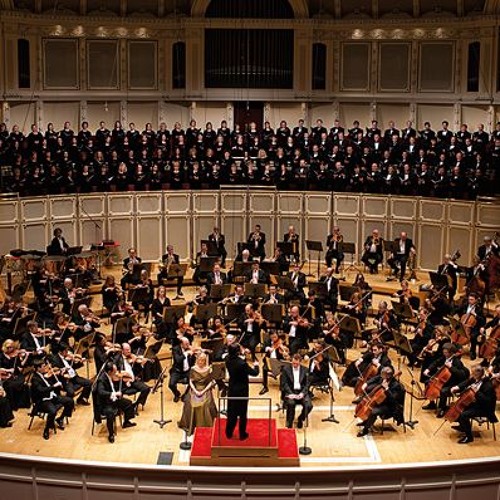 jhstrong said:
I am currently in the process of redoing a lot of works. I’ve gotten new libraries and have since refined my skills in this field. These demos are a bit older, but I believe they’re still a solid foundation.

I got to say it takes guts to come on this forum and offer a midi mock up service. That being said, I find your work to be incredibly detailed and quite musical. What I would work on though is your upper dynamic range. It's funny that I'm saying that. Usually in all the mockups I hear it's the lower dynamic ranges and musical details that needs work. In your work it's the opposite. I find that as the orchestration gets dense and the volume rises your samples aren't supporting your musical intention.

I would invest in a couple of boutique libraries to fill in the gaps. Performance samples and Soaring Strings, ect... Some samples with a lot of life in them at the upper registers. Also, I would dump the examples on your soundcloud that aren't working or rework them.

The Beauty and the Beast is not a selling point. The Dual of Fates could use some work in the overall balance of the orchestra. The Pippin stuff, go through the ones that are really good. Play them for a lot of people and dump the ones that aren't working as well. ect.. Wicked has some really good parts and a few organy parts. But overall it is pretty good. To avoid the organ effect I would slightly stagger the starts of your woodwinds so that they don't come in full blast all on the precise down beat in places. Put your best foot forward in your examples.

I say this with the upmost of respect and not to be critical in any way. I also want to get in a word of encouragement before the onslaught of naysayers take their dig. Best of luck in your service. Pitch it to the right people though. Get a list of film and TV composers that would need the services due to time constraints. your market are composers that aren't sitting in their bedrooms with 1000hrs to tweak on 2 min snippet. There are a few here but mostly it's going to take some phone work to really get going.
OP
J

Thread starter
Wow! Thank you very much for the feedback! you’re one of the first to offer any sort of constructive criticism. I figure the only way I can really get better is by having people come in and critique it.

and like I’ve said before, all of this is still a work in progress. I’m honestly going to probably start over on the SoundCloud page because so much of it is outdated.

but again, thank you so much for your words! They do mean a lot to me. I’ll keep working and perfecting my craft.
You must log in or register to reply here.
Share:
Share