I need percussion only anvil. Please recommend a vst.

I need percussion only anvil.
Other than that, there are some musical instruments.

The instrument below is the one I found. 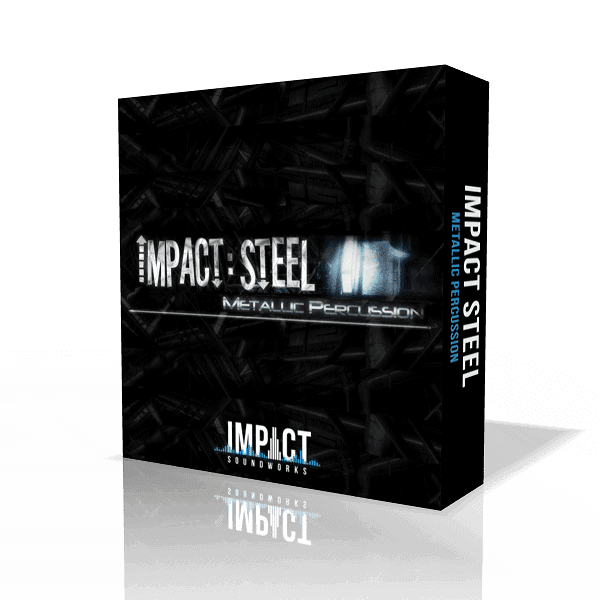 A percussion library of metal hits and "found" percussive sounds, sampled and programmed with a level of detail normally reserved for acoustic drum kits.

MA-Simon said:
Maybe this one?

A percussion library of metal hits and "found" percussive sounds, sampled and programmed with a level of detail normally reserved for acoustic drum kits.

I hear the demo.
This sound not an anvil, it's a bit like a small gong.

Top of the wav files are two sets of anvils recorded with various techniques.

Maybe that will suit your needs...

I’m pretty sure the Kontakt Factory library has one or two anvil samples in the orchestral percussion patch.

www.vsl.co.at
(requires a dongle at this time)

Saga Acoustic Trailer Percussion has a small anvil library (like twelve audio files)--they aren't great and seem wet with some reverb.
Barrage has a few such sounds in the "Metals" library in the "Single Drums" folder.
W

G-Town Church's Anvil is probably the best I've come across. Most others strike me as too high-pitched.

DAMAGE 1 got some big and small anvils in the Metal Percussion Kits. Completely dry if you want.

BBCSO Pro has an Anvil.

Keep-Forest ‘Ferrum Free Edition’ might have what you’re looking for, although it is a cut down version of the Full Edition.
https://keep-forest.com/store/libraries/225185

There's an Anvils Ensemble in 8dio's Majestica. It's not bad, but probably doesent justify the full price cost of the library. I do like and use Majestica a fair bit, though find I mainly use the snares and cymbals from the percussion. Lots of baked in reverb.

Only 2 Anvils there - high and low

Impact Soundworks has lots of percussion. Check out their other libraries too. I'm happy with the cineperc stuff for anvils most of the time but the price is high.

EWSympohnic Orchestra has a plethora of anvils, just in case you already have it and forgot to wade into the plethora.
S

In case you already own Sonokinetic Capriccio, there is a nice anvil sound in the percussion patch. If you don’t, it’s way too expensive to buy just for an anvil sound.

I'm not sure what you mean by a "percussion only" anvil. Do you mean a "musical anvil" such as what Grover Pro makes (and which sounds almost nothing like a blacksmith's anvil), or a workshop anvil (which is what is used most of the time in stuff like Strauss and Wagner operas)?

Spitfire's percussion library is one of the very few that samples actual workshop anvils, and it is luscious, with several pitches, hit, horn, and pipe. It was a late discovery for me, as so often are instruments hidden away in large catch-all libraries, but it's deeply sampled.

VSL Synchron Percussion has four models, with open, mute, and rolls for articulations. It is a set of Musical Anvils (though probably not the Grover Pro set, which are new); not the ones from a workshop.

The ancient EW Symphonic Orchestra also has many articulations, but they aren't categorized or documented very well. They were my go-to until I discovered the ones I have from Spitfire.

Hans Zimmer Pro unfortunately only has one articulation, and it's quite low.

Vir2 Elite Orchestral Percussion has some under the FX category. Considering the haphazard nature of such collections, it's pretty good and has several articulations, but doesn't hold a candle to the others.
You must log in or register to reply here.
Share:
Share