Hello everyone! I recently picked up Strezov Sampling’s Freyja and Wotan. So far, I think they’re great (spoilers) and wanted to leave a review to ‘return the favour’ to the people on VI-Control, as they’ve been a very good resource for me in the past. So without further ado, here goes!

Sound examples and Lord of the Rings / Hobbit mock-ups!

When I got Wotan, I was kind of surprised that the quintessential Moria track that apparently inspired the sound hadn’t been done yet. Then it got a little bit out of hand and I did a few more Howard Shore tracks… All choir sounds are from Freyja and Wotan. The orchestra is EW’s Hollywood Series. All examples are pretty rough – no mixing, mastering etc. Only a little bit of reverb on the master. There are also a couple timing issues, but I wanted to get this review out before the end of the Freyja sale, so yeah… here goes:

The Prophecy – excerpt (Choir only)

George Strezov has actually also made a mock-up of the Prophecy with Storm Choir Ultimate. It’s much more detailed (he actually planned out his phrases and used the connect mode in the syllabuilder!), his orchestration is more complete, but also quite a bit wetter. Might be useful for anyone wanting to compare Wotan + Freyja vs SCU:


A Journey In The Dark – excerpt (that Wotan-Moria sound) 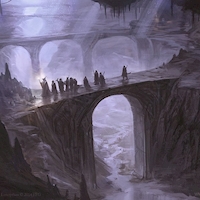 A Journey In The Dark - Clyp

Rough mockup from 'A Journey in the Dark' by Howard Shore. Testing Strezov Sampling's Wotan with the sound that inspired the library.

Thread starter
(Ran out of characters in the previous post)

Amount of fiddling: medium, depending on how you set it up.

Syllabuilder playability: 7/10, I end up tweaking the midi a little no matter what – the results sound good though

Can they handle fast phrases? Yes/kind of. Not too fast. Still better at it that most choir libraries.

Only choir libraries you’ll ever need? Probably not, there are not that many choral effects and it can’t do all styles of choral music (such as epic/molto vib stuff and fast staccato’s)

Wotan vs Freyja if you have to choose? I think Freyja has a slight edge over Wotan.

That’s it, I hope it’s helpful!
Let me know if you have any questions

Well done! That was actually quite informative.

Interested in hearing how to smooth out the monophonic legato in Wotan when programming. It sounds buttery smooth when playing, but there are pronounced bumps when programming it. I don’t run into the same issue with Freyja.
OP

The Serinator said:
Interested in hearing how to smooth out the monophonic legato in Wotan when programming. It sounds buttery smooth when playing, but there are pronounced bumps when programming it. I don’t run into the same issue with Freyja.
Click to expand...

Could you specify your situation a bit? Are you talking about the true legato patches (Aah, Ooh, Mmm) or the syllabuilder patches? Also, would you mind sharing perhaps an audio example or a screenshot of your midi of the part you're struggling with?

I have admired the sound of these choirs for a few years now but have not been tempted tp purchase any of Sytezov's choral libraries because it appears they don't allow proper velocity control of initial dynamics of sustained samples nor conventional use of the sustain pedal. Their recent Choir Essentials library seems to have implemented true sustain functionality but their so called "velocity dynamics influencer" still seems somewhat confusing regarding being able to trigger chords initial dynamics with how hard one strikes the keys.

I use Orchestral Tools and Chris Hein libraries for all my orchestral instruments as both developers allow options to control dynamics via cc or key velocity on sustained samples as well as short articulations- indeed with Chris Hein you can use both!

Perhaps the OP or others who use Strezov's choir libraries can shed light on this? Thanks!

Dynamics are controlled via the mod wheel.

Snarf said:
More importantly, Freyja lacks the Ooh legato, which is a bit of a shame, unfortunately. I would love to see Ooh’s added in an update, although I recognize that that would be very unlikely.
Click to expand...

You can use the 'fake legato" option on the "Luh" syllabe in the syllabuilder patch. It works very well.
H

Hi All -- I just joined this forum after finding this thread. NI has a sale on the Strezov choir bundle so I've started researching ($400 for Wotan Male Choir, Freyja Female Choir, Arva Children Choir, and Rhodope 2 Ethnic Bulgarian Choir.) I have always found included stock choirs limited. I'm new to vocal VI's but recently used something from EW and found it useful. JG -- can you explain what you mean by "fake legato" (I've never heard that term) and how you'd do that on the LUH to simulate OOH legato?
OP

Trash Panda said:
Dynamics are controlled via the mod wheel.
Click to expand...

Yes - this makes the most sense too. Choirs are not like piano's where you can't influence the dynamics of a note after its initial attack. You need to think about how a real choir would perform if you want to make expressive/'realistic' sounds.

That said, the 'velocity dynamics influencer' offers a nice hybrid approach which pairs well with the polyphonic legato and syllabuilder patches. You can use it to make certain lines stand out a bit from the others - it's pretty cool.


river angler said:
nor conventional use of the sustain pedal.
Click to expand...

It's not setup that way by default, but you can change it to a conventional setup. I would highly recommend using it in the way intended by Strezov Sampling, however.


JGRaynaud said:
You can use the 'fake legato" option on the "Luh" syllabe in the syllabuilder patch. It works very well.
Click to expand...

Great tip! I've noticed the simulated legato works better on some syllables than others, especially on lower dynamics and with a bit of reverb.


HomeViGuy said:
can you explain what you mean by "fake legato" (I've never heard that term) and how you'd do that on the LUH to simulate OOH legato?
Click to expand...

If you hold the sustain pedal in the syllable patch, instead of sustaining it adds simulated legato transitions (3 possible speeds) rather than retriggering the syllable. 'Lu-uu-uu' vs 'Lu-lu-lu' if that makes sense. It's better explained in Strezov's walkthrough videos (not the one NI put out for this sale).

Snarf said:
Yes - this makes the most sense too. Choirs are not like piano's where you can't influence the dynamics of a note after it's initial attack. You need to think about how a real choir would perform if you want to make expressive/'realistic' sounds.
Click to expand...

..but you could influence the initial dynamic the choir sings at if key velocity were available.

Of course I get it that the mod wheel is for swelling/de-swelling sustains but I've always found it highly frustrating/unnatural not only with choirs but also strings to have to move the wheel prior to every key struck just to be able to perform the initial dynamic. Orchestral Tools always offer an either or for dynamics. Chris Hein actually offers both which is of course the ultimate control for any sustained samples where one strikes the keys for the initial dynamic, then while the keys are held down (or sustained with the sustain pedal), you can swell or de-swell from the initial dynamic level with cc control. I find it baffling that all developers don't implement this dual dynamics controlling system as standard for sustained/longs samples.

I'm still not clear about Strezov's "velocity dynamics influencer" even after having watched all their video walkthroughs for their choir libraries... From what I can gather it appears velocity is only available after a dynamic has been set by the modwheel which for me just doesn't make sense. The syllable and legato implementation are all well and good but having to move the modwheel to select the entry level dynamic before striking the keys is counter intuitive.

Also what a lot of developers are missing by omitting velocity control of dynamics is the ability to
use their samples for live performance where having to move a modwheel or expression pedal just to create the initial dynamic level of a key struck chord is simply impractical especially if one is blending that sample with other instruments. When playing live when you strike the keys you expect all your preset volume levels to react uniformly but if some of the sounds in a combo patch don't react to initial dynamics this is never going to work!

Another notorious example of this mal-functionality is with Spitfires EVO libraries that I would love to use live on stage but can't because non of them respond to velocity. With these samples there are actually no dynamic layers so to omit velocity even to control their volume is just silly!

Re: the sustain pedal... if this really can be reprogrammed that is at least a functionality that would bring me closer to investing in Strezov's choral libraries!

For me with these Strezov choir libraries it's just a pity about the lack of true velocity control of dynamics as the samples themselves do sound fabulous!
Last edited: May 22, 2021
H

Thanks. I watched the video, and picked up the bundle. Looking forward to see what I can do with it.
You must log in or register to reply here.
Share:
Share