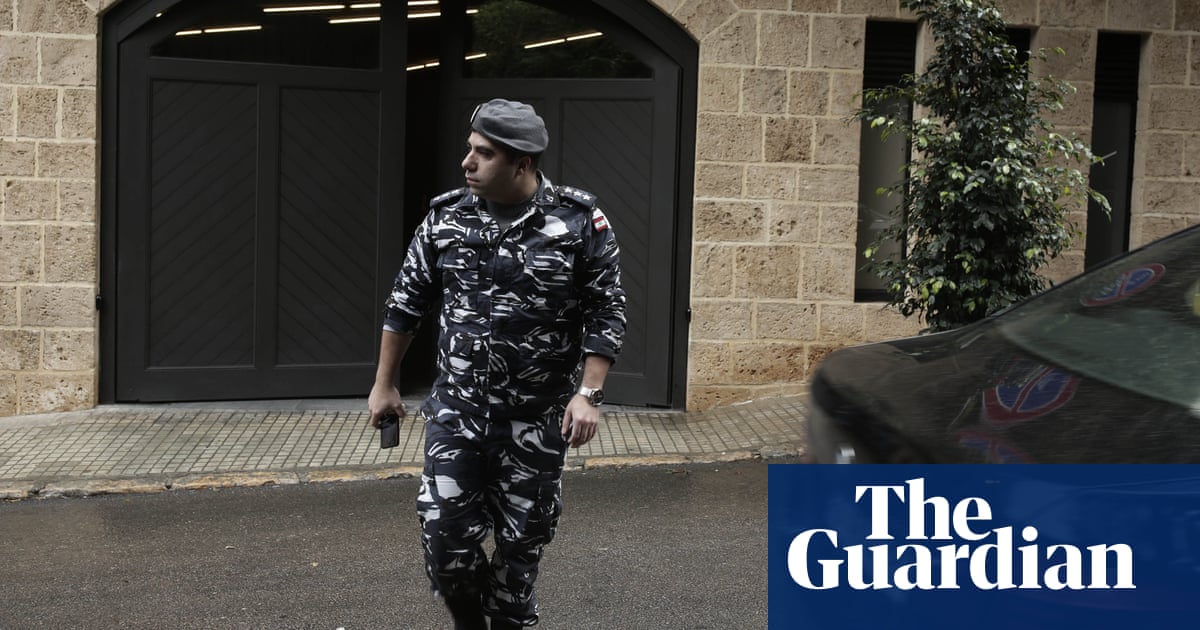 His ‘big adventure’ reportedly involved his wife, a Gregorian band and ex-special services

Carlos Ghosn reportedly fled house arrest in Japan in a musical instrument case, in an audacious Hollywood movie-style escape masterminded by his wife with the assistance of a Gregorian music band and a team of ex-special forces officers.

The escape began when the band arrived at his home in Tokyo, where Ghosn has been held under house arrest and strict police surveillance, according to Lebanese TV news channel MTV. At the end of the performance, as the musicians packed up their instruments, Ghosn – whose height is stated at 1.7m, or just under 5ft 6in, in his Wikipedia entry – apparently slipped into one of the larger cases and was taken to a small local airport.

A private plane was waiting to whisk the former corporate titan to Istanbul, Turkey. From there he appears to have boarded a Bombardier Challenger private jet for a flight to Lebanon, where he arrived before dawn on Monday. The flight path recorded by plane tracking site FlightRadar shows the jet disappear at 4.16am, just as it approached Beirut-Rafic Hariri international airport.

https://twitter.com/Micbloch/status/1211914814219603968
Ricardo Karam, a Lebanese television host and friend of Ghosn who has interviewed him several times, confirmed Ghosn arrived in Lebanon on Monday morning. “He is home,” Karam said. “It’s a big adventure.”
Click to expand...

News of the escape came as surprise to the Japanese authorities – who have charged Ghosn with falsifying records about his personal pay in order to enrich himself – and Ghosn’s own legal team.

Both were shocked that the former Nissan-Renault-Mitsubishi boss had managed to flee Japan, despite being subject to round-the-clock surveillance and having surrendered all three of his passports. He is a citizen of Brazil, France and Lebanon.

The Japanese ambassador to Lebanon, Matahiro Yamaguchi, was at a party in Beirut when news of Ghosn’s successful escape started leaking out at about 6pm local time on Monday. Approached by MTV at the party, Yamaguchi said the Japanese government had no information. Yamaguchi was then seen texting furiously before leaving the party abruptly without saying goodbye to his hosts.

Meanwhile, in Tokyo, Ghosn’s lawyer Junichiro Hironaka said he was “surprised and baffled” to learn of the escape from a TV news bulletin. Hironaka told reporters he still had all three of his client’s passports in his possession, and there was immediate speculation that Ghosn travelled on a fresh French or Lebanese passport.

“It would have been difficult for him to do this without the assistance of some large organisation,” Hironaka said at a hastily organised press conference. “I want to ask him, ‘How could he do this to us?’

“I wanted to prove he was innocent,” said Hironaka, who last saw Ghosn on Christmas Day. “But when I saw his statement in the press, I thought he doesn’t trust Japan’s courts.”

Japanese immigration officials have no record of Ghosn having left the country, the country’s state broadcaster, NHK, said on Tuesday. The news channel said a person resembling Ghosn was recorded by Lebanese officials as entering the country at Beirut airport under a different name.
A Lebanese foreign ministry official told Reuters that Ghosn entered the country legally on a French passport and using his Lebanese ID with normal security procedures. The French foreign ministry press office said it had no immediate comment.

Lebanon has no extradition treaty with Japan, meaning it is very unlikely Ghosn will be forced to return.

Ghosn, who was born in Brazil to Lebanese parents, moved to Lebanon when he was six and lived in the country before moving to Paris for university. The Lebanese government has been very supportive of Ghosn since his arrest in November 2018 and said he represented “one of Lebanon’s success stories abroad”. After his arrest billboards in Beirut were plastered with the slogan “We are all Carlos Ghosn”.

The escape plan was, according to MTV, organised by Ghosn’s Lebanese wife, Carole, even though he has been prevented from seeing her without express permission from the court as a condition of his ¥1.5bn (£10.5m) bail. For seven months, the couple were unable to speak to each other at all.

Sign up to the daily Business Today email or follow Guardian Business on Twitter at @BusinessDesk
“If this is true, we have to assume that this is a breach of bail conditions,” Hironaka said. “His act is unforgivable and a betrayal of Japan’s justice system.”

Ghosn confirmed through a PR agency in New York late on Monday that he was in Beirut. He was staying at a family home with Carole in Beirut’s upmarket Achrafieh neighbourhood, where private security guards and local police officers are standing guard.
A man who described himself as an English neighbour approached the gates on Tuesday morning to leave Ghosn a card reading: “Carlos, welcome home!” The man told Reuters: “It’s a good thing that at last he’s out of being locked up for something which he may or may not – probably not – have done.”

I just hang around pretending I know something

The part I like was when they mentioned this was not the first time someone escaped in a double bass case.

I'm also guessing he is not claustrophobic.

Man, we can always count on JohnG to remind us being a musician is still relevant.
Stranger than fiction!

JohnG should write the score when the movie "Its all About the Bass" comes out!
S

Everytime NKoreans kidnap Japanese it’s been an inside job because you need muliple Passports or help from the Yakuza.
Hes giving interviews next week according to Bloomberg.
I think somebody sacrificed their career for a nice chuck of change and a place in Tahiti.

dzilizzi said:
I'm also guessing he is not claustrophobic.
Click to expand...

AFAIK, some enquiries are also (veeeery slowly) under process here on how he used Renault’s fund for his own mogul life (like renting Versailles castle for a wedding, buying a plane, etc.)

As both CEO of Renault and Renault/Nissan alliance, he schemed to take over Nissan. Meanwhile, Nissan board was conducting enquiries, and they took over him...

Ah, talk about poor rich man’s life.
I guess he asked for a velvet interior, a silky pillow and a gilded case...

Clearly and corruptly enriched himself from the company coffers. The Japanese were clearly going to make a big show trial ("pour encourager les autres" - Casablanca) and nail the gaijin to a cell door. Will probably spend the rest of his life in Lebanon. Lovely country, lovely people but a little fucked-up safety wise. Probably wasn't worth it in the end.

He’s not a Gaijin though.
Definitely no KokoJin either.

20,000,000 bucks and the wife will be extradited from the USA if she ever comes through again.

Japan is usually really good at hiding it’s dirty laundry.
This guy is going to cause lots of problems and Japan’s Abe is pretty bold and firm, reflecting Japans tougher than the last guys trend in politicians.

China and NKorea, sometimes SKorea have been bullying Japan too long, due to its great economy and historical disagreements but they’re not the same Japan afraid to make anyone mad.

I think Ghosn had better be careful.

Kudos for style !
You must log in or register to reply here.