Composers Roundtable #5 is up! Organic Samples' Maxime Luft to guest on Wedn, 11/4

aka Tiger the Frog

The topics we discussed were:

We announced the winner of our drawing for Ben Osterhouse's Pattern Strings. He is Emilio Navas
Thank you all for entering.

We are excited to announce that the very talented young developer Maxime Luft of Organic Samples (now at Orchestral Tools) will be joining us for our next podcast, Wednesday, August 4th at 2pm EST.

Like our previous guest, Ben Osterhouse, Maxime is both very young and a total original. He has a very unique approach to virtual instruments. Obviously Orchestral Tools appreciated what he was doing at Organic Samples, and that's why they brought him over to their family.

We will be talking about his career as a musician and virtual instrument creator, with a focus on his new library TABLEAU CHAMBER STRINGS. I've been a superfan of Maxime's work since Solo Opera. I felt compelled to do a video on it, even though I wasn't even doing videos at that time.

Get ready for the podcast by getting Maxime's amazing Majestic Horn if you don't have it already. At two euros, it is one of the best deals you can find on a virtual instrument. Pick it up here: 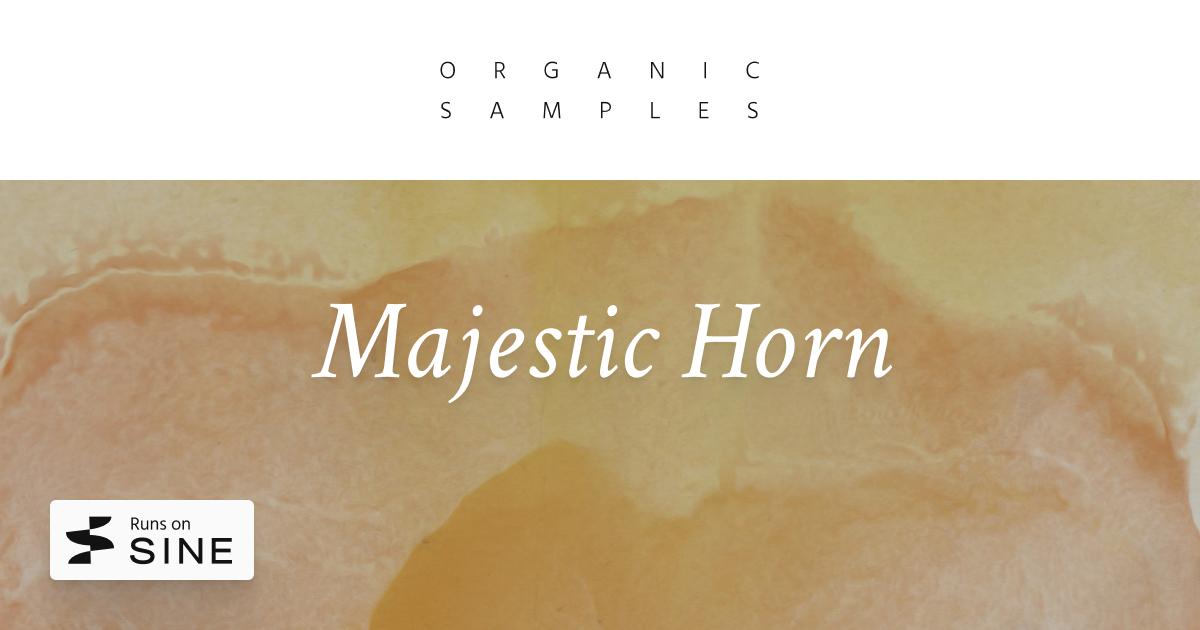 Majestic Horn has been designed as an inspiring sketching tool that everyone can afford. Be surprised by the quality of this expressive solo legato patch as well as by the power of superbly recorded sustains. Performed by Rafael Oliveros Recorded in a large hall to capture natural reflections

Great to see @doctoremmet currently live on the newest episode

Loved watching you on composers roundtable. Was great hearing about you past history with synths and Hopefully we will see you again on the podcast.

Loved watching you on composers roundtable. Was great hearing about you past history with synths and Hopefully we will see you again on the podcast.
Click to expand...

Not going to lie - a @doctoremmet guest appearance basically makes this unmissable for me. I'll have to find some time to put it on!

Thanks Pier! Yes - Spain, Japan and the Netherlands were the pioneering MSX countries. I bet you played all the Konami games then right? Vampire Killer, Nemesis.

doctoremmet said:
Thanks Pier! Yes - Spain, Japan and the Netherlands were the pioneering MSX countries. I bet you played all the Konami games then right? Vampire Killer, Nemesis.
Click to expand...

All of those titles are near and dear to me! MSX was the platform where it all began for the Metal Gear franchise. Good one!