My daughter just bought an electric bass and a bass amp and wants to rule the world. Can you point us to video tutorials for a brand new player? She took years of piano and voice but hasn't for a while.

Any suggestions welcome -- thanks!

hey John
im a bassplayer for 30 years now.
touring for over 15 years and still going strong.
I am still eager to learn new aproaches and techniques always
and i give myself around an hour for basic practise every day.
i came across an online bass school over a year ago and its a no brainer and seriously digs in to every detail.
they have beginner courses and intermediate and expert along with extra courses that focuses on various techniques that you have to master and youre given one week. they are very simple but essential.
i learned so much there. ive gotten from good to seriously good over one year by analizing my playing and work on my flaws. 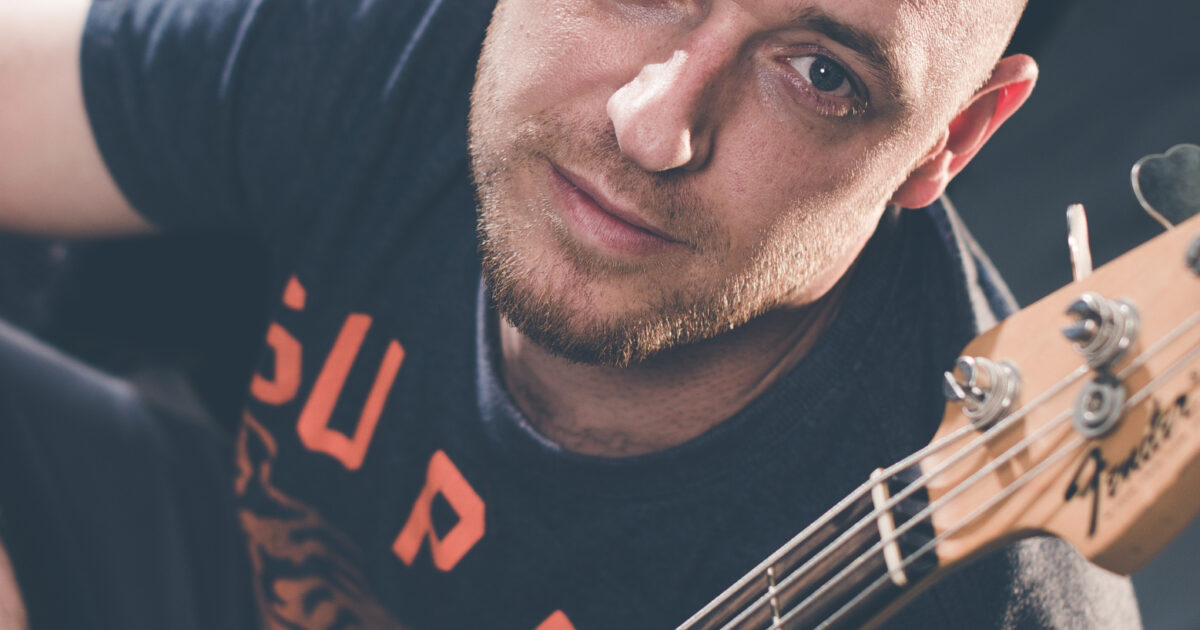 Scott's Bass Lessons is the leading online bass guitar community, with a wealth of free online lessons and courses for new and experienced bass players alike.

check it out
its a goldmine for me

definitly great for beginners since they go into posture and finger positioning and the importance of the plucking hand.
S

see above, was also going to recommend Scott Devine. she could check out his Scott's bass lessons youtube channel first as there is a ton of stuff there for free. If I recall I think he does a trial period when you sign up?
OP

thanks guys -- looks quite comprehensive

I got the information to her this morning and she's excited.

I'm super biased, but I can highly recommend my wife's, Ariane Cap, materials. Loads of free videos here https://www.notreble.com/lessons/talking-technique/ and much more material for study at https://arisbassblog.com
OP

wolf said:
I'm super biased, but I can highly recommend my wife
Click to expand...

As it happens, I'm super biased when it comes to my wife too! Thanks and I will pass it on to her.

One hit short of being a one-hit wonder.

Book and audio only, but Fretboard Roadmaps Bass Guitar has what I was looking for. Basic scales, a good explanation of how the fretboard works, and has a bunch of different riffs to practice so can pretty much jump into playing interesting stuff right away.

The nice thing about the bass it's pretty easy to be "good enough", assuming the music isn't too challenging.

When my son was first learning bass, he was playing in the church choir. It didn't require anything complex, which was good because being able to play simple is a great skill in a bass player.

So I made playing the bass as simple as possible. The first thing we did was learn the C diatonic scale notes, and then filled in the accidentals.

Need to play a "C" note? A string, third fret, each and every time.

The goal was to get him "good enough" to be able to play in front of people as soon as possible. And that really didn't take that long.

For practice, I used Band in a Box. I've got the "full" version, but for the purposes of play-along, the more limited MIDI version, or any accompaniment software would work fine.

The important thing is that the bass isn't a solo instrument, so it's really helpful to be able to play in the context of a group and see where the bass fits in. Being able to play the right note on the beat is a skill not to be underrated in a bass player, and playing with a steady tempo is great for practice.

Plus, it encourages playing songs all the way through, instead of just learning bits and pieces.

I recently picked up a Mikro bass for myself my youngest daughter. It's a short scale, so it's smaller and lighter. Plus, it's surprisingly loud. She's not as motivated as her brother, but we're working through random Band in a Box demo songs so she's comfortable with various styles and keys.

Wish us luck, and the same to your daughter!
W

Do a you tube search for Carol Kaye and also The Wrecking Crew. Lots of great stories and some useful knowledge to be gained while being entertained.
And Carol also has some teaching links as well I believe.

Hello and hola...a Brit in Spain

David Cuny said:
The important thing is that the bass isn't a solo instrument, so it's really helpful to be able to play in the context of a group and see where the bass fits in. Being able to play the right note on the beat is a skill not to be underrated in a bass player, and playing with a steady tempo is great for practice.

Plus, it encourages playing songs all the way through, instead of just learning bits and pieces.
Click to expand...

These two paragraphs...super good advice.
You must log in or register to reply here.